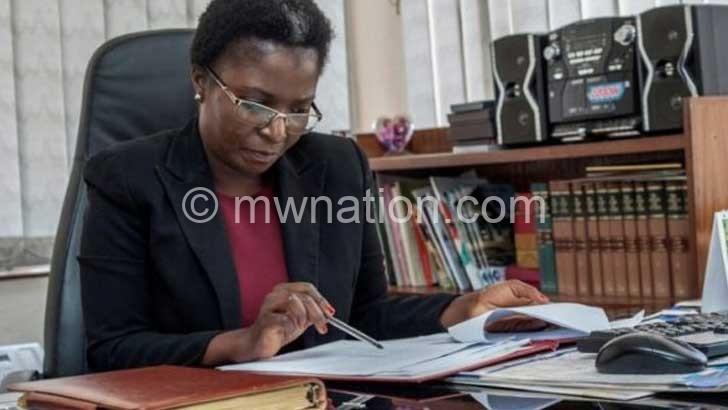 Her appointment is now subject to confirmation by Parliament through Public Appointments Committee.

Said Matemba: “As you are aware, the Corrupt Practices Act was amended requiring the Minister of Justice to recruit the director.

“There is a team of representatives of various groups—37 individuals applied for the job—10 were shortlisted and the best three candidates were chosen and we submitted to the Minister of Justice who submitted the three names to the President.

“The President has appointed Chizuma as ACB director.”

The appointment was greeted with general public approval yesterday, with Centre of Social Accountability and Transparency executive director Willy Kambwandira welcoming Chizuma’s appointment as a step in the right direction.

“She is qualified and she is an inspiring choice,” he said.

Chizuma, 42, conducted investigations into abuses of public offices when she was Ombudsman.

She ordered senior technocrats at the Office of President and Cabinet, Ministry of Finance and Ministry of Agriculture to issue a public apology for their handling of a $50 million (about K37 billion) loan from an Indian bank to procure tractors for rural farmers.

If confirmed by PAC, she will be the first woman to head the ACB.

No comments to show.