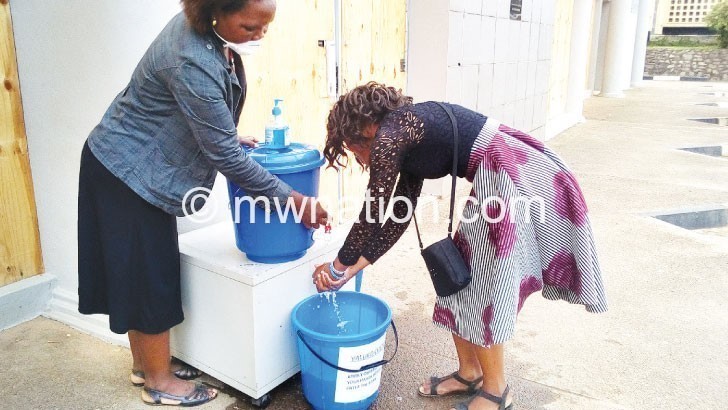 Attorney General (AG) Thabo Chakaka-Nyirenda is scrutinising the K6.2 billion Covid -19 Response Funds report and will advise government on what action to take.

Minister of Information Gospel Kazako, who is also government spokesperson, told Weekend Nation on Thursday: “The Attorney General is working on the report and we will keep you updated on further advice he will give.”

He was responding to queries on why government seems to be dragging its feet in dealing with those implicated in the use of the funds, four months after the final audit report was submitted to the Office of President and Cabinet (OPC).

The minister’s sentiments also come at a time when there is growing public pressure for the authorities to put to bed the financial scandal.

In August this year, the Department of Human Resource Management and Development (DHRMD) finalised an assessment report and laid draft charges for disciplinary and criminal proceedings against some senior government officials.

A copy of the assessment report titled “Covid 19 Investigative Audit” which we have seen also mentions directors, internal procurement and disposable of assets committee members and accountants, as among those the audit report recommended to face the law.

DHRMD spokesperson Ken Ntonga confirmed in an earlier interview that the department finalised its work on the investigative audit report and sent the draft charges and recommendations to OPC which sanctioned the exercise.

According to him, the first part of the process was interdiction of controlling officers for failing to submit reports to the President, but after validation by auditors, the officials were cleared and reinstated.

Ntonga said the second part was the release of the audit report by the National Audit Office and the last part is the assessment and recommendations by DHRMD.

Despite the delays to prosecute the suspects, Kazako has given assurance that no person who had a hand in looting the public resources will be spared.

Centre for Social Accountability Transparency executive director Willy Kambwandira, in an interview this week observed that government has not been transparent on the report and on the future of several arrests already made.

He said: “We understand that only four out of 62 people that were arrested are facing prosecution. We are not told whether the rest have been dropped out or government is conducting further investigations. Our message to those in power is that these are public funds and they must account on how they used the funds.” Charges in the report include disciplinary proceedings and criminal investigations against officials at Department of Disaster Management Affairs for failing to account for K11.7 million. The report further recommends a holistic review of public financial management procedures and systems.

No comments to show.